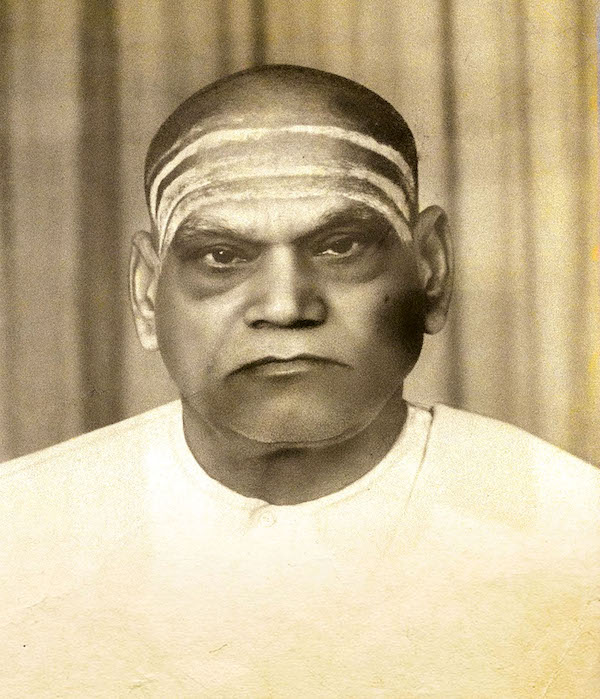 From eight to fifteen years of age Kunju studied Hindi and the Vedas in Bengaluru. He pursued higher studies in Hindi and Tamil at Rameshwara Vedasthana Patashala in Madurai and then worked as a Tamil teacher in Chennai, Mannargudi and Kumbakonam for a few years.

Kunju has an oeuvre of over hundred short stories. He also released ten short-story volumes, two novellas and dramas. Pasitha Manidam (1978) was his only novel. He translated important works from English, Sanskrit and hindi into Tamil, besides translating works of Tamil into other languages. He has contributed richly to Tamil literature and culture by exposing the vicious hierarchies of ancient temple towns.

Karichan Kunju was the second son of Ramamrutha Sastri and Janaki Ammal. He is survived by four daughters .

Ganesan returns, after four decades, to the town of his childhood, filled with memories of love and loneliness, of youthful beauty and the ravages of age and misfortune, of the promise of talent and its slow destruction. Seeking treatment for leprosy, he must also come to terms with his past: his exploitation at the hands of older men, his growing consciousness of desire and his own sexual identity, his steady disavowal of Brahminical morality and his slowly disavowal of Brahminical morality and his slowly degenerating body. He longs for liberation-sexual, social and spiritual-but finally finds peace only in self-acceptance.

This translations of the groundbreaking Tamil novel Pasitha Manidam, first published in 1978, offers deep insight into the conservative and case-conscious temple town of Kumbakonam, viewed here with dispassionately cold clarity as a society that utterly fails its own.

Sudha G. Tilak deftly builds upon Karichan Kunju’s prose to expose this world, raw, real, without frills or artifice. The themes of masculinity, desire and sexuality, caged within caste and repression, all combine to give readers front-row seats to the many acts we put on for and as a community.

PASITHA MANIDAM is a novel that examines basic human emotions through the two characters Ganesan and Kitta without any bias. It is considered as the pioneering novel that started transgressive fiction in Tamil literature. This novel by Karichan Kunju, an eminent Tamil writer with immense expanse and depth, getting translated to English as a Hungry Humans is an essential and welcome effort by Sudha G. Tilak.’

‘This revolutionary novel relentlessly exposes the sins that lay hypocritically at the heart of the actual lives of a community that had successfully passed itself off for centuries as a morally and ethically superior caste. Sudha G. Tilak, as at home in her native Tamil as in English, has captured most effectively in her translation the tone, the nuances and historicity of what, at the time of its original writing, was a dramatically new genre of Tamil social realism, albeit in the fictional mode. She deserves the gratitude of all for rendering to a non-Tamil speaking audience the social and political milieu that once pervaded Tamil Nadu but is an increasingly fading memory even in Kumbakonam.’ 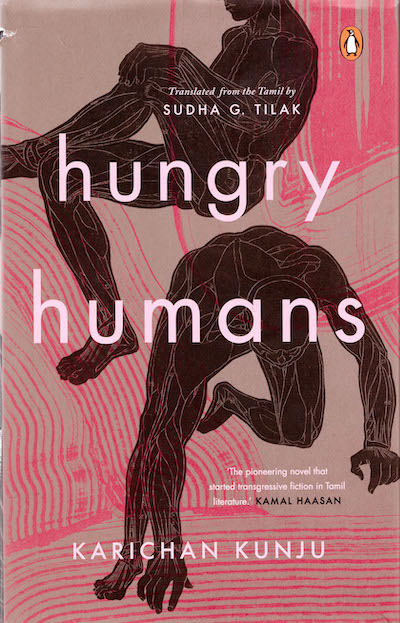